More and more people from Europe travel to Dubai. This internet travel guide should help you on your way to Dubai. We have compiled a lot of information and tips for visitors to Dubai.

The term Dubai is ambiguous. It is both the name of one of the seven emirates of the state of UAE (United Arab Emirates), as well as the name of the largest city and capital of this emirate. This website refers to the whole emirate. The city is often referred to as „Dubai City“.

The Emirate of Dubai has an area of 3,885 km². There are 3.1 million people living in Dubai. That is a little less than in Berlin. Almost everyone lives in the city of Dubai, which is now the largest city in the UAE.

Around 16 million tourists come to Dubai every year (as of 2017). This makes Dubai one of the top 5 destinations for city breaks in the world.

Dubai airport is now the third largest in the world. In 2017 82 million passengers were handled, 10 years earlier it was only 34 million. Only in Atlanta (104 million) and Beijing (96 million) were there even more passengers in 2017..

The many tourists come for different reasons. Of course, many come because of the year-round sun, the sea and the beach. Dubai is also a shopping paradise with gigantic shopping centres. Also the Arabic culture and the old Dubai interest many holidaymakers. 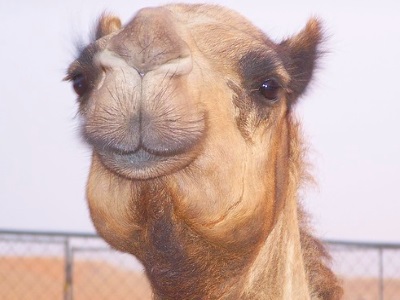 In addition, there is a lot of luxury in Dubai, such as very good hotels and restaurants. However, the new achievements such as the Burj Khalifa, the world’s tallest skyscraper, are the big hit. The modern theme parks, ski halls, other sports facilities, zoos and aquariums, desert tours and much more are also great.

The most famous building in Dubai was only inaugurated in 2010. It is still the highest building in the world today. The skyscraper Burj Khalifa has a height of 828 meters and 189 floors. The construction cost almost 1.5 billion US dollars. The Burj Khalifa is an absolute tourist attraction. As a visitor you can go up with an elevator. Another building in Dubai is expected to be even higher by 2020. The construction of „The Tower“ has already begun, it is to be up to 1000 meters high. At present (summer 2018) Dubai has a total of 21 skyscrapers with a height of over 300 meters.

The JW Marriott Marquis Hotel Dubai is with 355 meters the highest hotel in the world. Also very well known is the accommodation Palm Island, which was built as an artificial island in the form of a palm tree into the sea. The Burj al Arab is regarded as the most expensive and best hotel on earth, of course it is also in Dubai.